You are here:
Myles's Blog 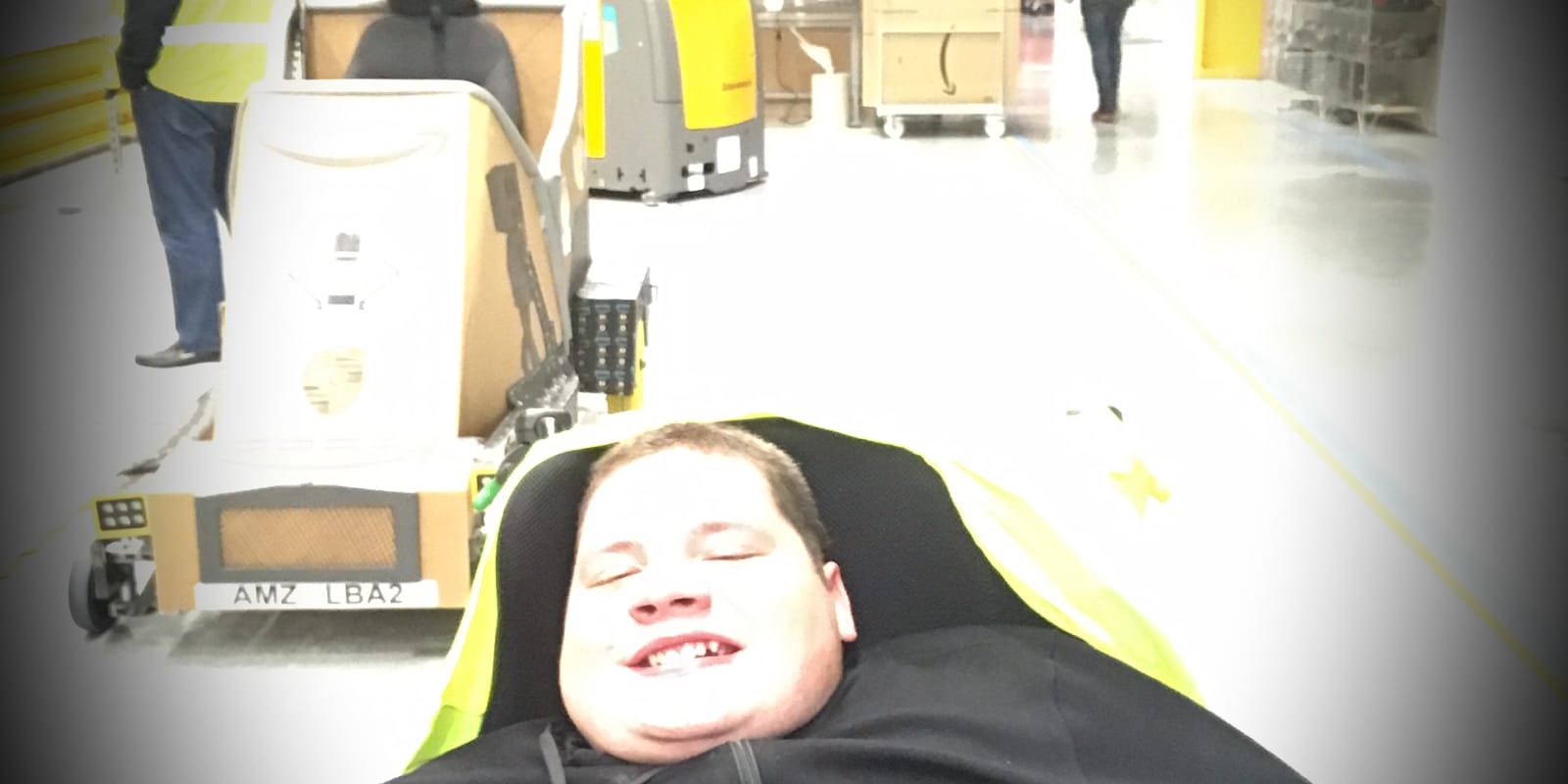 I went on the Amazon Fulfilment Tour at Doncaster, this fulfilment centre is called LBA2. Each Amazon centre is named after the closest international airport, I know you are probably thinking Leeds Bradford Airport isn’t the closest, and you’d be right! When the LBA1 Amazon centre was built the closest international airport was Leeds Bradford Airport because Doncaster Sheffield Airport was only handling a small amount of freight, so when LBA2 and LBA3 were built it was named after the previous Amazon Centre, LBA1.

When I arrived at LBA2 I was shocked at the size of the building and the security level. All of the workers had a special lanyard on that allowed them exit and entry through the security gates. When we went into the building we were greeted by a lady who offered us a drink and a seat to wait for the tour to begin. We were escorted to a room where there was a big screen and chairs set up for guests to have a safety briefing before entering the warehouse area because there was lots of moving vehicles. We were told to stay inside the lines on the floor and only cross on the specific crossing points. We had our tour lady with us and then 3 other people that they called ‘associates’, which I really liked.

When we were in the briefing room we were given high visibility vests, headphones and a transmitter so we could hear what the tour guide was saying even if we were at the back of the group. When I went into the warehouse I was overwhelmed at the size and height of the building. There was so many different kind of vehicles and machinery for moving stock from high-reaching forklifts, trailers and cages that go on the back of the tugs to heavy duty vacuum machines that can lift the heavier items so the ‘associates’ don’t get injured moving very heavy packages.

Every parcel and item in the warehouse has a special barcode, this is how the whole system works. Once you scan that barcode, it tells you exactly what items are needed, where they are going, if there is multiple items on the same order, which area of the warehouse it needs to be in and what conveyer belt it should be going on to the correct transport vehicle at the end.

There was one part of the tour that took the guests up some stairs to see the extent of the conveyer belts, because I wasn’t able to get upstairs, one of the associates took me a VIP tour of the packing area. I was able to have a close up tour where a lady who’s job it was to pick the items off a cage, scan the barcode and then follow the computer system instructions as to exactly what box size to select, what items also needed to go in the same package and package the items up with packing paper. I liked the packing paper, it came out of a shoot above her head and was really fast to make sure the items in the box didn’t get damaged in transit. She then put the completed box onto the conveyer belt. I watched as the box went from one conveyer, up a ramp, onto another and then flew around on different conveyers above my head. The associate guide told me that the conveyer belt has to be so long to give the other associate workers the other side chance to get the parcels checked and into the right vehicle for leaving the warehouse.

When the other guests came back downstairs we saw some trikes, I asked what these were for and were told that they were for the technicians and mechanics to be able to get from once side of the warehouse to the other quicker with all their tools. I thought this was funny. We then turned around and saw a man working on what look like a track hoist with a big vacuum hose. There were lots of big, heavy items like office chairs, desks, cleaners and furniture in an area around the big hose. The man took the hose over to the item he wanted attached the sucker bit on the end of the hose and it lifted it to where it needed to be, without any strain to the associate. The tour guide told me that vacuum machine can do the job of 2-3 workers and prevents injury to people. We then turned around and saw a machine that uses air pressure to blow the name and address label onto the box, instead of a person sticking the labels on and risking damage the packages.

While I was at the warehouse I saw lots of amazing things, on the day I was there the associates were benefiting from a ‘pimp my ride’ activity. One by one the tugs and vehicles were being pulled into a bay where they would be cleaned by the supervisors while to associate worker got to have a drink and a biscuit break. It was a fun way to make a positive working environment for all the associates.

Once our tour of the Fulfilment centre was over, we got the opportunity to take some photographs in the selfie area. We were not allowed to take photographs inside the warehouse while on the tour, this was because of confidentiality, which is totally understandable. They have hundreds of associates working, some of them don’t want their photo publicising on social media and there is also thousands of labels with personal information on like names and addresses.

There was plenty of opportunity at the end to take photographs, I was able to get up close to a forklift, explore the Amazon kart that was made and have photographs with the ‘amazon family’ box heads.

I really, really enjoyed my time at the Amazon Fulfilment Centre, LBA2 in Doncaster. My favourite part was definitely my VIP tour of the packing area. I got to observe the associate worker scan the barcode then the computer told her which size box to put the parcel in. It made me laugh when the packing paper came shooting out the machine above her head super fast.

If anyone is interested in Amazon, like me, I 100% recommend one of the tours, I’m already looking into my next tour at a warehouse that has more robots! The staff were great and really informative. When we went back to the starting room to take our headphones and safety equipment off, we were gifted a drinks bottle, mini airplane or mini delivery van. These are super special as only people that have participated in an Amazon Fulfilment Tour will have one, they can’t be bought in shops.

I would like to say a big thank you for an ACCESSIBLE tour of the Amazon Fulfilment Centre, LBA2, Doncaster. I thoroughly enjoyed my time there and cannot wait for my next tour!

My rocking helicopter chair
20th May 2020